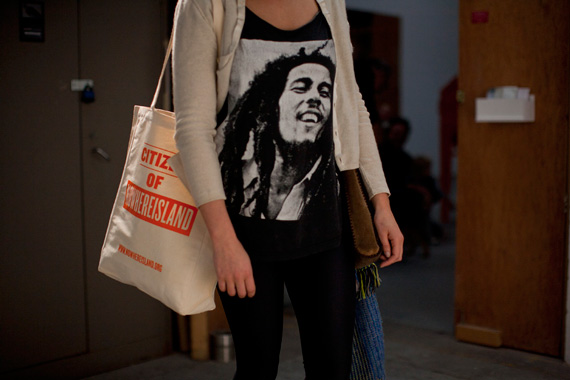 Not only is Nowhereisland a sculptural act which references the history of Land and Environmental Art, but the work has gathered around it a constituency of thousands of people across the world who are contributing to the artwork as active citizens. Whilst historically this form of public engagement might have been considered part of a project’s outreach programme, Nowhereisland self-consciously foregrounds the audience’s participation as fundamental to the way in which the work unfolds over time and place. 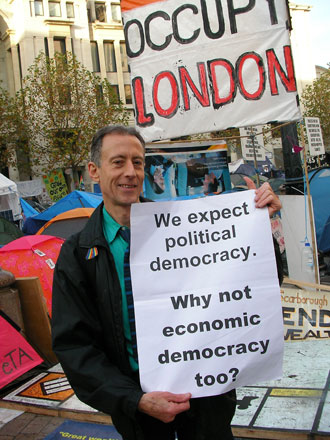 The propositions, exchanges, disagreements, desires and demands of the Nowhereisland citizens made public through the online cumulative constitution, the Resident Thinkers programme, the mobile Embassy events and activities are shaping the meaning of the artwork. Each one contributes to a collective answer to the work’s proposition that “If we were to found a new nation, where would you begin?”

Whilst Nowhereisland is clearly authored by the artist Alex Hartley, the work itself emerges through a set of collaborations which began with the curator producers, Situations and his Arctic expedition team, and have extended out to include filmmakers, writers, poets, hosts in each port and harbor, school children, surfers, a refugee Football team, and even 60s icon hairdresser Vidal Sassoon. Throughout Hartley steers the course of Nowhereisland and, with Situations, is responsible for each decision about the future of the work. In this sense, Nowhereisland can be seen to be both determined by the artist and manifested collaboratively, and offers us the model of a new form of participatory public artwork, which addresses one of the most hotly contested critical debates in the visual arts of recent years – namely Relational Aesthetics.

The roots of social engagement in the arts stretch across the visual and creative arts, political activism, social policy and psychotherapy. The art historical canon would have us begin with the Situationists, the Berlin Dada and Fluxus happenings of the 60s, where the street became the space for transient and spontaneous art interventions. It would see us move through the participatory art activities of the 70s and 80s, which harnessed the public realm for specific radical and political objectives. General Idea and Group Material in the US and Artists Placement Group and The Art of Change in the UK developed out of social movements such as feminism, queer politics, multiculturalism and civil rights. Decision-making processes were often non-hierarchical. Knowledge, skills and resources were pooled and coalitions formed. Art, in this context, whilst often fluid, performative and inclusive, had a clear agenda – change. 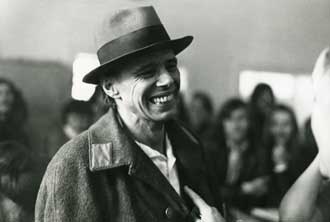 Joseph Beuys’ notion of Soziale Plastik (social sculpture) in which he declared “Everyone is an artist” is central here. Social sculpture, he proposed, would “lift the aesthetic from its confines within a specific sphere or media, relocating it within a collective, imaginative work-space in which we can see, re-think and reshape our lives in tune with our creative potential.”[1] Beuys’ ideas can be located in the socially engaged collective practices sanctioned in international art exhibitions in the 1990s by such artist groups as Oreste (Italy), Wochenklasur (Austria), Superflex (Denmark), Ala Plastica (Argentina) and Critical Art Ensemble (US), all of whom have used collective action to develop a series of sustainable projects which allow participants to shape their own agendas. These collective projects are characterised by the identification of the project with a collective rather than an individual artist, in contrast to their peers, who have been more easily assimilated into the market economy of the art-world, artists such as Rirkrit Tiravanija, Pawel Althamer and Thomas Hirschhorn, all of whom are identified as the ‘authors’ of their participatory projects.[2]

In the past decade, such participatory practices have come under scrutiny through a debate about the nature of social engagement in contemporary art initiated by the publication of Nicolas Bourriaud’s Relational Aesthetics. In the past few years, the debate has become polarized: antagonism versus collaboration, artistic integrity versus social effectiveness. This debate is perhaps best represented by the contrast between the writing of critic Claire Bishop, who argues:

“Art practices that seek to create a harmonious space of inter-subjective encounter – i.e. those that ‘feel good’ – risk neutralizing the capacity of critical reflection... the best collaborative practices of the past ten years address the contradictory pull between autonomy and social intervention, and reflect on this antinomy both in the structure of the work and in the conditions of its reception”.[3] 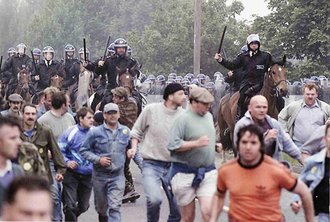 And that of Grant H. Kester who would argue that by pressing for work which resists (as Bishop suggests) “truthfulness and educational efficacy” in favour of “confronting darker, more painfully complicated considerations”, we would miss the opportunity for art projects which engage in acts of solidarity. Kester argues for a dialogical or conversational art “which allows the viewer to ‘speak back’ to the artist in certain ways, and in which this reply becomes in effect a part of the work itself”.[4]

This polarization of socially engaged practice has been promoted at the expense of a more in-depth analysis of engagement, authorship, intention and legacy. Nowhereisland offers us the possibility to consider how a work might retain its artistic integrity – might unsettle our notions of place, might appear to be ‘in the wrong place’ and might challenge notions of belonging and territorial rights, whilst also opening up the possibilities for exchange.

As David Edgar suggests in his recent article, ‘Why should we fund the arts?’. “If it's true that arts participation makes young people more likely to vote later on, then it should also make them more critical. One frequent argument for funding the arts is their role in promoting continuity with the past, community cohesion and a sense of national pride. In fact, of course, British theatre in particular has been subverting such notions ever since the emergence of John Osborne, Arnold Wesker and Joan Littlewood nearly 60 years ago. It is this provocative mission that sets the arts apart from the other creative industries with which they are too easily lumped (by government and opposition alike). It is not the role of advertisers, architects, antique sellers, computer game manufacturers or fashion designers to challenge the way society is run. But the arts do it all the time. As David Lan puts it, dissent is necessary to democracy, and democratic governments should have an interest in preserving sites in which that dissent can be expressed.”

Grant H. Kester, The One and the Many: Contemporary Collaborative Art in a Global Context (Durham NC: Duke University Press) 2010

[1] See http://www.social-sculpture.org for a useful resource on the development of Beuys ideas in contemporary artistic practice.

Back to Art section
Back to Intro page